What would it be like to see Elizabeth Bennet in 1930’s clothes? What if Emma Woodhouse was the daughter of a car dealership owner? What if Marianne Dashwood was seeking to become a movie star in the golden age of film? The Vintage Jane Austen series explores the world of Jane Austen, set in 1930’s America. Five authors took on Jane Austen’s five most popular novels and retold them set in the depression era, remaining faithful to the original plots. As an extra bonus to the series, there is a collection of short stories that were inspired by Jane Austen. Which of these books do you most want to read? 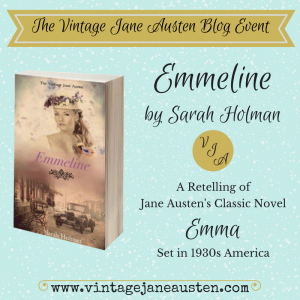 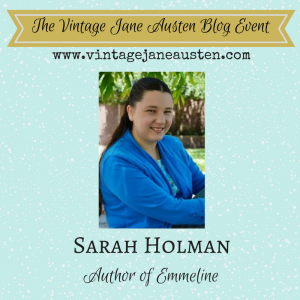 Emmeline by Sarah Holman (Emma): The talk of stock market crashes and depression isn’t going to keep Emmeline Wellington down. Born to wealth and privilege, Emmeline wants nothing more than to help her new friend, Catarina, find a husband. Emmeline sets her sights on one of the town’s most eligible bachelors, but nothing seems to go right. Even her friend and neighbor Fredrick Knight seems to question her at every turn. 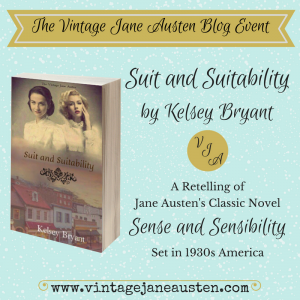 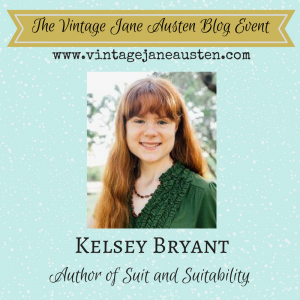 Suit and Suitability by Kelsey Bryant (Sense and Sensibility): Canton, Ohio, 1935. Ellen and Marion Dashiell’s world crumbles when their father is sent to prison. Forced to relocate to a small town, what is left of their family faces a new reality where survival overshadows dreams. Sensible Ellen, struggling to hold the family together, is parted from the man she’s just learning to love, while headstrong Marion fears she will never be the actress she aspires to be. When a dashing hero enters the scene, things only grow more complicated. But could a third man hold the key to the restoration and happiness of the Dashiell family? 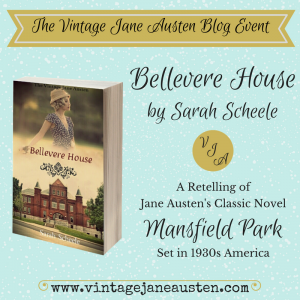 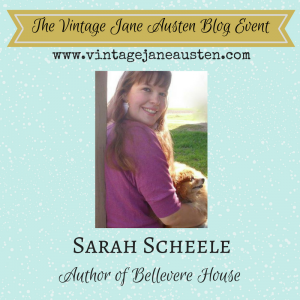 Bellevere House by Sarah Scheele (Mansfield Park): It’s March, 1937 and Faye Powell couldn’t be happier. After moving to live with her uncle, a wealthy banker, she’s fallen into the swing of life with his exuberant children–including Ed. The one she’ll never admit she’s in love with. But she hadn’t reckoned on the swanky Carters getting mixed up in that vow. Ed seems to be falling for charming, sweet Helene Carter. And when Faye’s cousin BeBe trusts her with a secret about Horace Carter, Faye is in over her head. Will she betray the confidence BeBe’s given her? Will she lose Ed to Helene? The days at Bellevere House are crowded with surprises and only time will tell how God plans to unravel Faye and Ed’s hearts. 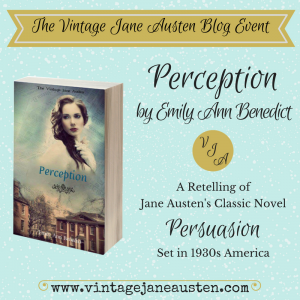 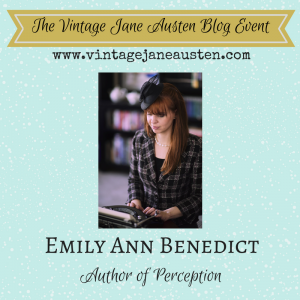 Perception by Emily Benedict (Persuasion): Upstate New York, 1930. Thirteen years ago, Abbey Evans was persuaded to break off her engagement to a penniless soldier headed to the front lines of the Great War. A daughter of one of America’s wealthiest families could never be allowed to marry so far beneath herself. But Black Tuesday changed everything. With her family’s prominence now little more than a facade, Abbey faces the loss of her childhood home. As if that weren’t enough, the only man she ever loved has returned after making his fortune – and he wants nothing to do with the young woman he courted before the war. With the past forever out of reach, the time has come for Abbey decide her own fate, before it is too late… 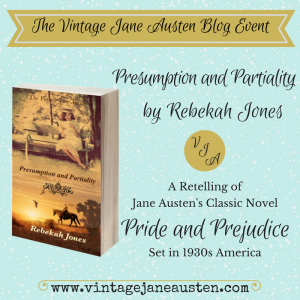 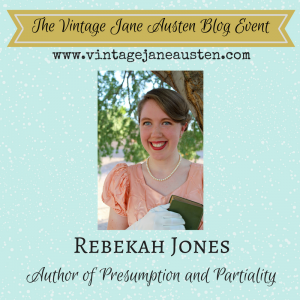 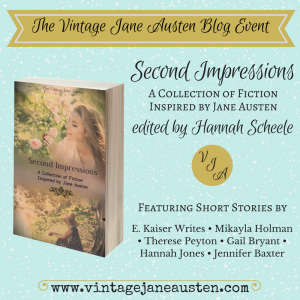 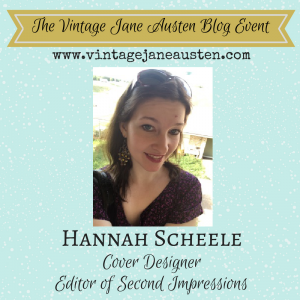 Second Impressions: Jane Austen’s stories have inspired writers for generations…in this collection they inspire fiction across the genres!

From the English Regency to the American 1950s, in Houston or a space freighter, fairytale land or a retirement center…Austen’s timeless characters come to life again.

Visit these blogs during this week to find interviews, book reviews, and much more!